On page 421 of A Culture of Innovation we mention consulting in the early 1970s to the French Research Establishment that developed the Cyclades Network.

Louis Pouzin who led the Cyclades team there came to BBN and asked us to teach them about the ARPANET technology we had recently developed. We took a contract from them that resulted in regular (e.g., quarterly) two-day visits for a couple of years to their laboratory on the outskirts of Paris (while staying at hotels in downtown Paris). They also had people come to BBN sometimes (Gerard LeLann probably spent the most time at BBN).

When negotiating the terms of our consulting contract, someone in the BBN contracts area suggested a higher-the-normal consulting rate because we would be working in a foreign country. Louis Pouzin quickly rejected this idea, saying, "Paris is not a hardship post."

I don't remember the contract, but my guess is that they paid for days of our consulting time and out-of-pocket travel expenses, but not for time we spent traveling. In any case, I did my two-day consulting trips to Paris as follows: flew Wednesday nights arriving in Paris Thursday morning with the full day and evening to recover from the flight; spent Friday talking with them at their laboratory; spent the weekend sightseeing in Paris (or another easy to reach European city); spent Monday talking to them at their laboratory; and flew home during the day Tuesday. (I have no memory for how I accounted for all this on my timesheet.)

Eventually, I got tired of making such frequent trips to Paris, and Alex McKenzie made some of the required trips. I am sure I recommended my travel pattern to him. I don't remember if he followed my advice.

We did give Pouzin and his team a deep education in the ARPANET technology, and they built a network and proselytized to the world a quite different approach; and Pouzin became renowned for the concept of datagrams.

One day while we were still consulting to them, I said to Pouzin, "We have this ARPANET technology working, and yet you are designing a network that works quite differently. Why don't you just adopt what we have working?" He replied to me that if they adopted the ARPANET technology, then it was likely the ARPANET technology would become the default international standard approach. However, if they did something different, then their approach also had a chance of being adopted as the standard approach. I don't know if he was being especially candid with me or was joking. I also don't know if Pouzin already then believed that the ARPANET approach was wrong and that datagram approach was better, or if he came to his belief in the superiority of the datagram approach as part of doing something contrary to what we were doing. 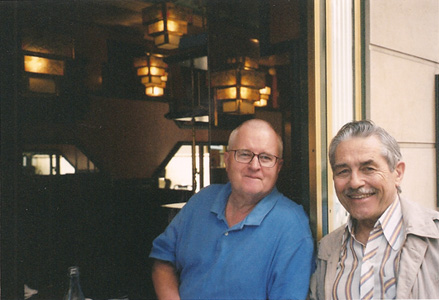